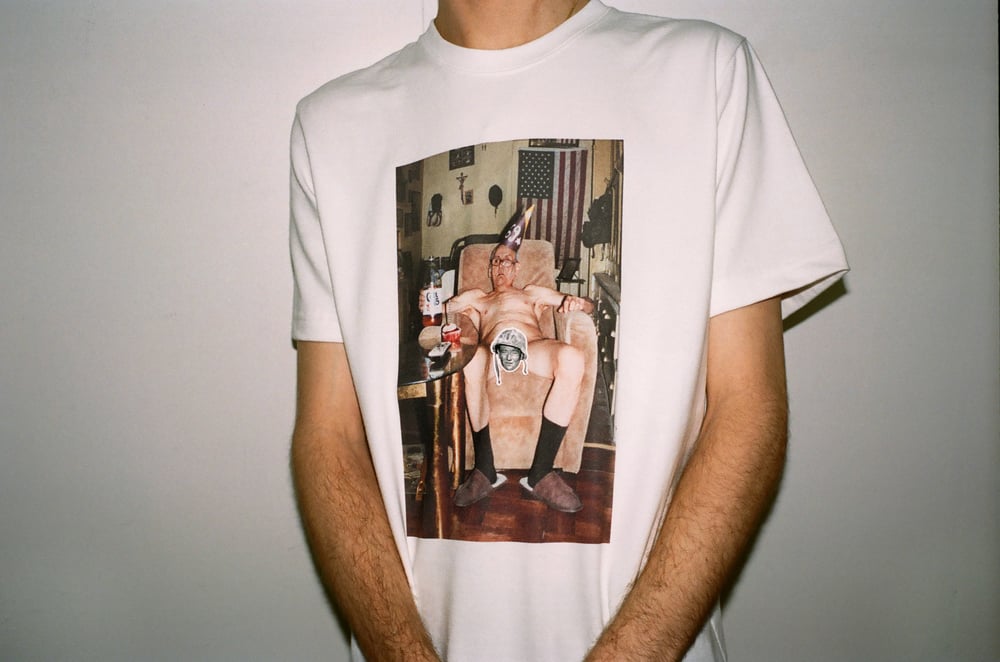 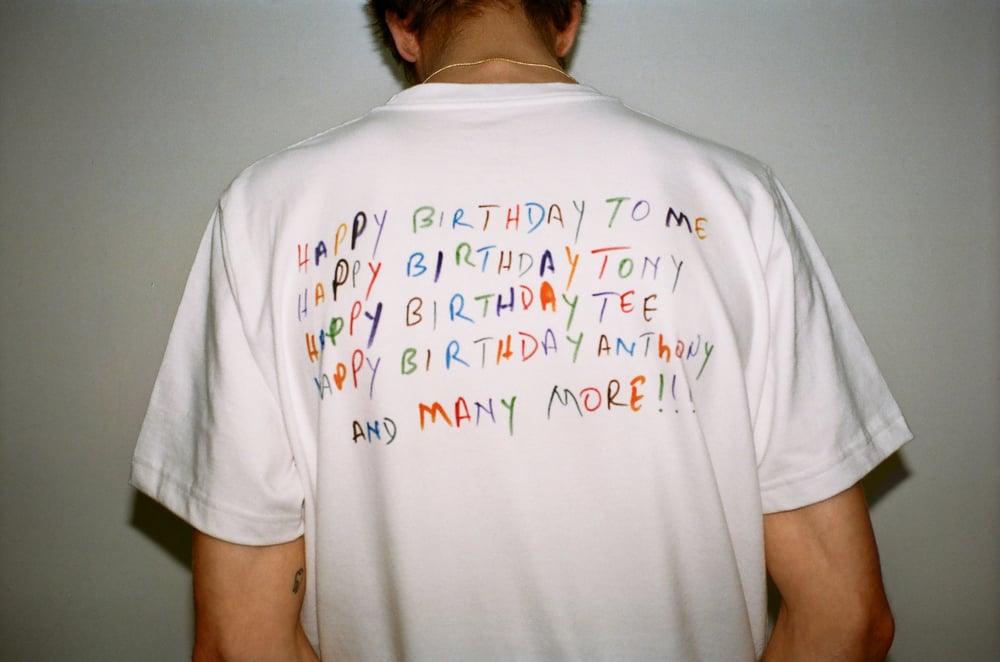 “This is a photograph of my friend Tony on his birthday wearing a hat I made him. His three favourite things are John Wayne, Colt 45s, and Remington Menthol Cigars.” - Abdul Kircher

The image printed on the front of the T-Shirt is from an, as yet, unpublished project about Tony. This T-Shirt comes with three iron on patches should modesty be required.

Abdul Kircher (b. 1996) is a photographer and writer from Queens, New York. He was born in Berlin to German and Turkish parents, and immigrated with his mother to the United States at the age of seven. Spending most of his time in the streets of New York City and abroad, photography allowed him to form deep rooted relationships with many people whose rights have been stripped away by society and largely go invisible.